tender flute music from previous scene , changing to mythical music playing from a Stradivarius violin  as the camera moves starkly onto musician dressed as homeless man …

Train whistle blows while glass bottles from the pub across the street , tinkle like wind chimes and a man speaking  Arabic in the background .

Abu has been on her trail like a ley line anticipating a crossing . Tavisha carries her baby blue suitcase , the suitcase with a voice that speaks of mystery , the voice Abu longs to hear again . He watches like an eagle as she sits facing him from the corner where he stands across the lobby at Moorgate Station . A handsome form dressed in a simple robe like an urchin of the sea , his low chanting barely heard like a distant dolphin call reaching the innocent , all-knowing children he leaves long , long days with as he meets their bright eyes and smiles at them on their way in the lobby .

The lobby clock ( close-up ) , chimes two in the afternoon . A pair of spectacles fall and break , the sharp shattering sound of glass hitting large tiles from the quarries of Africa , echoes it sound like crashing cymbals ending a symphony . A sound that only a few in the crowd hear and take short notice as they meander thru the station , looking pensively at the train schedule in their hands . 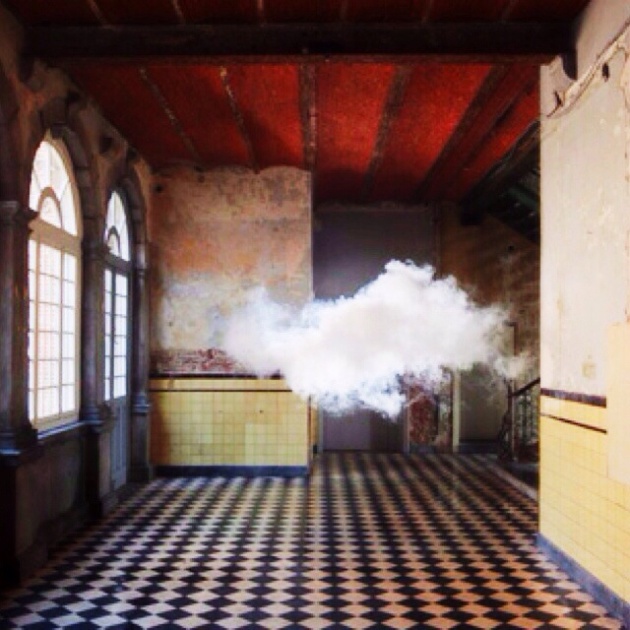 note to cameraman : averted gazes and ambiguous gestures of partially obscured characters in this scene imbued by the camera with burnished hues and floating clouds .

Abu has left his realm of mysticism and ritual to follow Tavisha and remains just one of the crowd now as he crosses the room . Over the loudspeaker comes the voice of Keith Richards singing ” The Nearness of You ” .  As Abu sits on the bench behind Tavisha , she smells a riff of vanilla and cinnamon as his long robe swirls the shiny floor rising above his leather sandals like dust from a running camels hoofs . But she is deep in remembering still and does not turn or even notice the long sigh brought forth from her baby blue samsonite at the close proximity of Abu . And with this sigh , a sheet of paper flutters loose from Tavishas notebook to the the ground where Abu , unknown to her , swiftly snatches it into his large , dark wrinkled hands , hands soft like the dew on a hibiscus flower warmed by the sun .

The children see all and smile sweet again like a warm bath on a rainy morning , as they pass by Abu , ” Blessed are they who see beautiful things in humble places where other people see nothing ” , he whispers . The words on the paper sing their clue to the ancient secret keeper as he slides it carefully under the linen folds of his linen robe , baby blue samsonite still sighing . 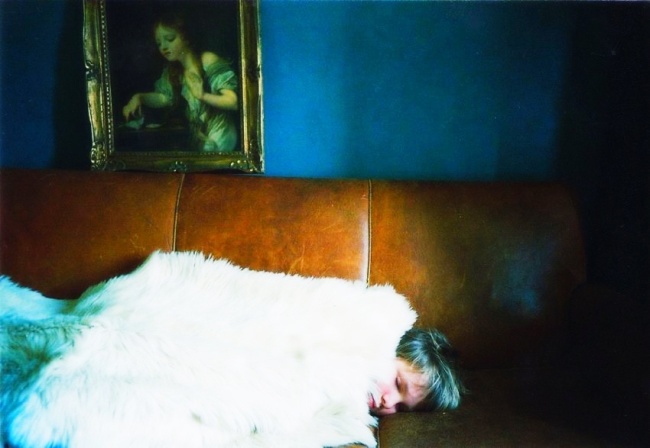 A vision suddenly appears to Tavisha of a room once lived in and a sleeping ing boy she does not know but looks familiar . A vision masterpiece impregnates her as a man in the bar across the street is heard saying , “Let’s drink bourbon and listen to Bessie Smith “.

camera moves over to corner where Abu originally stood … a new character is revealed … A little girl stands here now , look ! , it is Olivia attaching cut-out paper wings to her ankles . We only catch a glimpse of her world as if seen thru a moving series thru a narrow slat in the door .

Camera close-up of the words on the captured paper

music playing , ” When a man Loves a woman ” , sung by Percy Sledge

in your brown eyes

a cry of naked thoughts

in my secret heart .

could you hear them

in all that is silent between us .

your eyes met mine

you in the other room

and me in the kitchen

i wished you peace at the door

saw Jesus with his purple robe

upon my sun-burnt shoulders

in my secret life .

will I come back

from where I’ve been ?

upon my radiant heart

makes me want to cry

in my secret heart .

Men are grouped together like a Cezanne painting , on the platform as the loudspeaker announces , ” The Empire Builder , leaving from platform number eight ” . The oncoming train rumbles , whistle blows and playing music loudly is a symphony of guitars and harmonicas as Abu slowly walks in front of the camera , following Tavisha and her sighing suitcase .

One thought on “Clouds … continued screenplay”