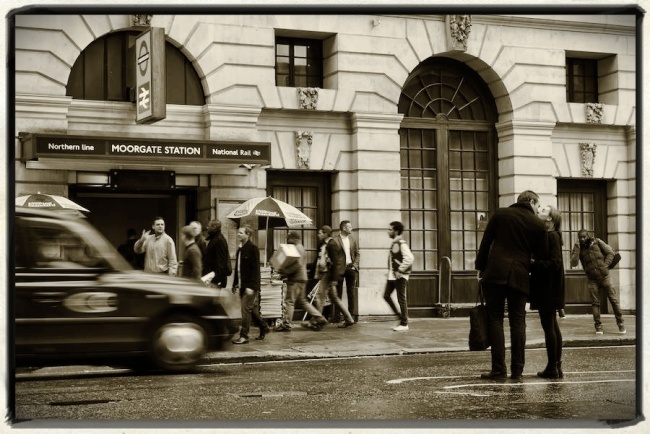 It is the first month of the modern year 2012 and the darkness on the street has a voice . Remembering the timeline of the momentous year that has just preceded , Tavisha sits in the Moorgate Station with her back to us , hypnotic like the pyramids , the light from the lobby window near her but not shining on her , reading these lines from her diary :

We are away from each other

I left you on your island a long time ago

to find my wilderness .

I found these woods so beautiful and strange

Thoughts of you above a mountain range .

Abu , the secret keeper , stands across the noisy room like a sphinx , a holy sphinx .

She remembers … The beauty of the Golden Ratio and the paintings of da Vinci had sparked her brain into unforeseen activity which caused her heart to beat like the rolling crash of breaking waves along the mighty Pacific shore where she found herself acknowledging her aloneness , by choice , to be without her lover . She left him early that June morning long before the sun rose , with no kiss from the night before … the night before … 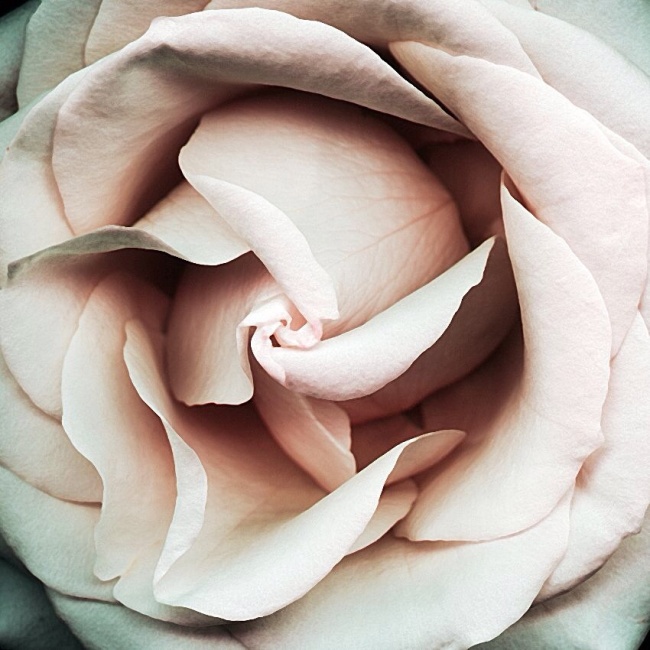 Eric opens the door and comes slowly upon her in all his handsomeness to discover the clothes she wore , that he always loved , heaped in a pile as if the northern wind had gotten ahold of them , her yellow dress of joy , green boots , coat too large , black bra , and her box of petals and poems abandoned in the corner . 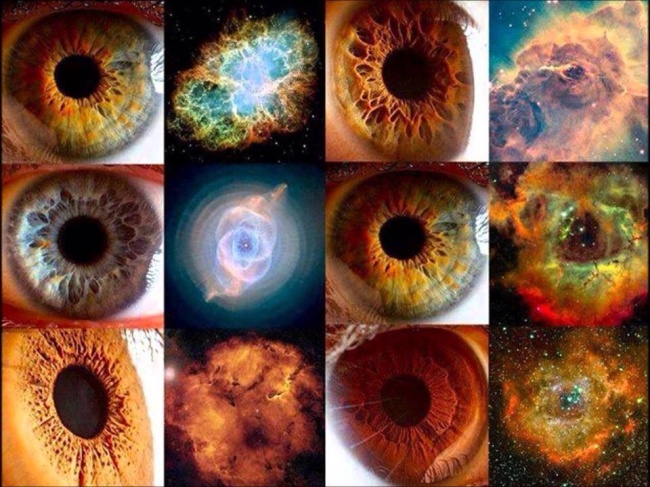 She sits on the floor under the red lantern hanging , the one he had bought for her for their freshly painted , deepest blue mural bedroom of swirling angels and nebulas clouds with eyes looking upon them in sleep on their bed spun with silk , in the center of the room .

” I need to be free ” , is all she says , and he can bear to wait only a moment in the silence of that painted sky where Orion reflects eternity , for her to say more , but she doesn’t .

And in the changing of the room the silken threads transform into beams of sun and she smiles , smiles tenderly to him even with her hurting heart . She stands now … stands with her long narrow back straight , stands and stares at her arm where moles like spots on a leopard leap into the black of his eyes . 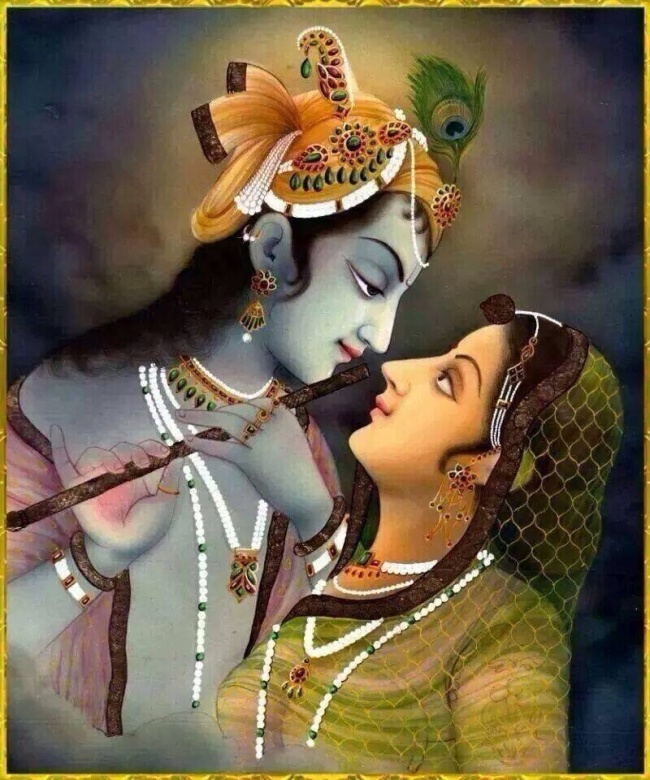 Later , months later , the black ink of his letter tells her in poetry the depressing hold his not yet divorced wife had over him causing him to run to her like a migration , that day of the ” last goodbye ” , in total dependency and telling her everything that was sacred like the flute of Krishna , between him and Tavisha …

A new woman enters the scene from a foreign land and offers Eric a kiss … a kiss of promise , a kiss from a goddess , a kiss new again . A bold kiss that says , ” life is long “. 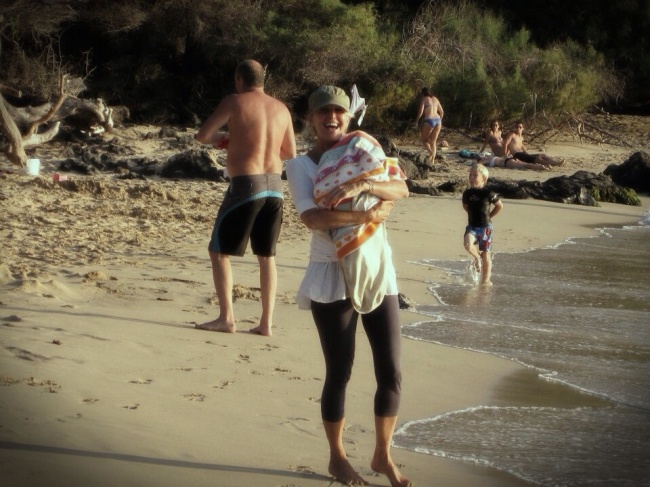 A celebration erupts from the beach like the golden blaze from the volcano as the beautiful young mother , instilled with eyes of sparkling life like champagne uncorked , bravely and with skin aglow , guides her surfboard , catching her first wave in triumph while her baby boy in Tavishas arms , cries out in astonishment as if it were the end of the world , at all the vibrant sounds of jubilation coming from the edge of the ocean . 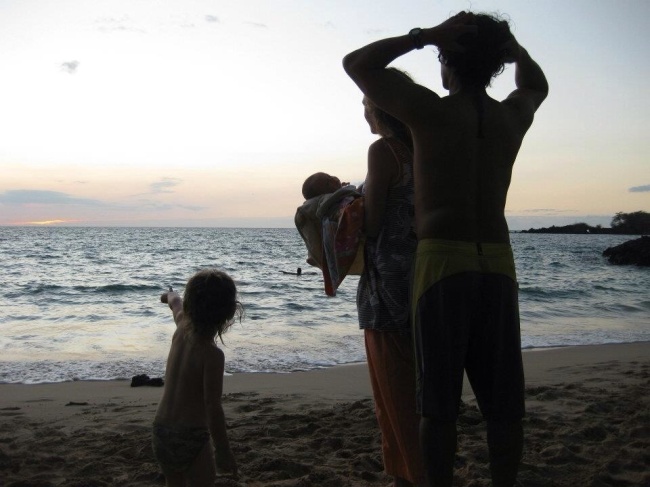 Now look what is seen : Above the turquoise sea where the sky is in everyone’s hair and “life delights in life ” , the clouds float gently by from those Orcas blue bedroom walls …

I was with you for awhile

I felt the breeze at dawn with you

The sky remained thru empty branches

the morning sang of love.

Do not go back to sleep now , love even as I go.

Two worlds have touched and shimmered thru us

a cloak of silver strands .

We were young and died together

the storyteller told me ,

wrapped in robes of flowing red

a Spanish war upon us .

I wondered why we looked alike

in hands and feet and bodies warm .

I loved you then and always have

a river reaching for it’s kingdom

keeps me close to only you .

I held you for awhile this time

a courageous warrior once

But a storm within , bids me go

A fierce embrace takes hold of me

where even the gods speak of God

and where the door is round and open .

I was with you for awhile

with wings of savage beauty

I could not keep you then or now

your river raging thru me . 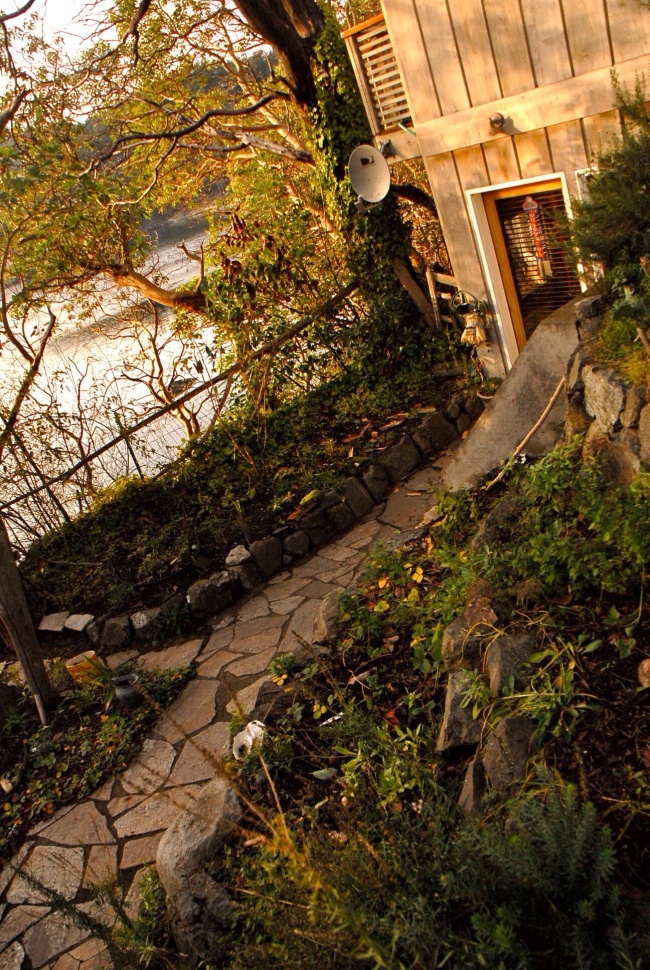 As Abu walks slowly by …