She is shy , the first thing you would notice about her . What you wouldn’t know was the nightmare she has of going to school in a glass dress revealing her naked body . He , on the other hand , is confident and owns the hallway , this everyone sees . The school , a private school of Christianity where once Native Americans danced like thunder to the Sun God of their tribal traditions on the banks of the mighty Grand River . My sister finds feathers , feathers from the fields surrounding our home on the far west side of town , and decorates them into her braided hair . He has a Beatle haircut and lives in the crowded city neighborhood of older brick houses . He collects sports statistics while she collects old dolls .

With his blue eyes , bell bottom pattern pants and a wide white belt holding them up on the hips of his tall yet slightly stocky body , she notices him . They pass each other going opposite ways as if his belt is the clear white line on a busy city street . She hears from our brothers friends how he made the final list for the freshman basketball team before the start of school and then was cut before the first game because of his swaggering attitude towards the coach . You would know that this was Sams nightmare !  Our dad was like that too, I mean the overly self-assured attitude , and so she was intrigued , like watching an Alfred Hitchcock Hour on the television wondering what the mystery was all about .  She didn’t even know his full name yet , only that he was loud , had a handsome smile and was popular at school . Finding out that the girl in her English class , the one that looked like a modern-day Alice with bright green velvet shoes bouncing like soft moss along the shiny waxed hallways  and with hair long and naturally wavy floating with a ribbon like a breeze from wonderland , is his  sister . His smart sister whose friends were older and wrote for the school newspaper , organized liberal political forums and made up the attendance of almost the entire drama club . Tavisha watches for Sam and he begins looking at her . They sit together in morning chapel and Friday night basketball games and skip Latin class to go riding thru the city on his motorcycle . My sister only being use to long hours pedaling that old red bike of hers !  … which he laughs about .

His mother has no garden unless you consider the vast amount of home canned jars of vegetables stocked on the shelves of her basement pantry, one . A mother who is comfortingly plain in appearance and dress with flat leather shoes like a decent set of snow tires prepared for the approaching winter . She is the opposite of our petite and glamorous mom . A large woman with no care for made-up looks unless having to attend a function at the University with her husband who spends much of his time when at home in the private study on the third floor preparing for his history lectures . Her daily decoration only being her wedding ring and an out of the ordinary and beautiful large golden pendent hanging from an intricate long chain that rests heavy on her bosom like an exotic fur coat in the window of Bloomingdales . Her oldest son giving it to her after returning from years living in the warmth of Africa . My sister admired this gift and it’s origin  and later would understand about the cold feelings of a mother because of her future daughter-in-laws sins

Sam and Tavisha fall in love at sixteen , graduate high school together , break apart for a year and marry the following when I am only five years old . Five babies are born within seven years and she is filled with an Almighty joy , a joy even greater than a first sight of a never before seen ocean or the sweet tenderness of seeing a colt being born in the soft hay of our grandfathers barn . Sam works at a job long hours . A job he too finds his purpose in . And together they are happy for awhile until my sister falls . Falls from the fragile torture of keeping things hidden , even from herself for awhile , a long while , a while almost fifteen years long … and when she falls , shards of sharp glass hurt the trusting bare feet of those that love her . She tries hard to glue the scattered pieces of her glass dress together but only sees , like a dropped mirror , a sadly broken and frightened reflection ….. to be continued…

To my enduring friend and father of our children with gratitude 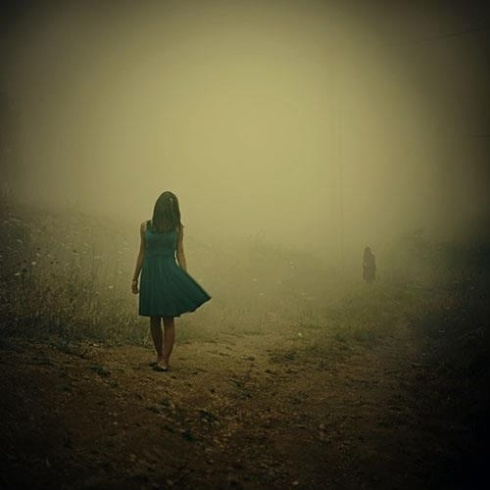