When we first met that late summer day on the beach of the small harbor town I had moved to with my five young children, he surprised me with his smile and asked my name and the year I was born. I answered and he responded with a very calm manner like a european gentleman, “I had just begun university that year and had been waiting all my school days for you to be born and now, I am so pleased that you are finally here”! He was a genuine romantic and his sweet presence evoked in me that warm day a tenderness that was to remain. And later,the paradox of his character held for me days of wonder and love

. The first time I sat to have him paint my portrait ( preparation sketch is up above ) was filled with intensity. I will always remember how he worked and with hundreds of brushes cleaned and organized by size in jars surrounding him, pencils in his shirt pocket…and in a place far removed from the reality of his back- porch studio room. As time went by , sitting on a stool , I felt in a trance of love and it appeared that he had stopped breathing as his brush moved with a rhythm over a canvas I could not see. This involvement between painter and muse brought me to depths I had not known…and later an understanding why all his former models seemed to be in love with him. Weeks later after he had completed the painting , he brought me a gift.( I saw his car driving slowly past my little house back and forth)…he was often shy like that. It was an unusual bouquet of driftwood he had collected, tied with a ribbon and a card enclosed with a small pencil drawing. And thereafter when we had married, he often brought these gifts of his heart home to me. 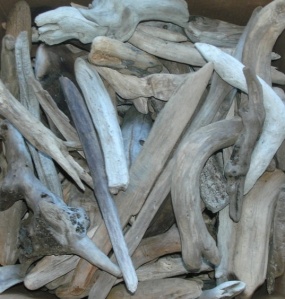 He was the one who further inspired in me a deep appreciation and awe for nature. Having a barn studio in the country, we would often walk together, he leading with a small garden clippers , gently clearing pathways for us to enjoy, pointing out birds singing, wild flowers and how the wind showed itself. He had hooked up, in the strangest ways, comical outdoor showers at the ends of some of these narrow paths and would delight bathing under the sun. He once told me that the most exotic part of my body was my forehead(covered with bangs) because it was always hidden. He was endearingly funny. I learned to laugh again , having previously experienced a very sad divorce. We shared joy: family life, growth, spirituality and a new baby boy….and tragedy: the barn burning down with almost his entire collection of art, his suffering from cancer and sadness that he wouldn’t see his son grow up. Being with him was so easy, like being with myself. When he died that winter, I felt like a deep hole in a tree instead of the flowering branch of summer . In that hole, over time, I came to discover a new sense of the Divine, a third eye and the glory of rebirth.

On my way home

he was standing there

at the edge of the room

not known to exist before

I shut my eyes tight

by curtains of doves

Her feet he held

bared on the ground

upon placed winged slippers of white

she was paralyzed no sound

the graveyard appeared by a stream

the dragonfly skimmed its blue wings

in weavings  of calm

and her feet left the ground .

at the edge of the room

on my way home.

The echo of his life is loud .

For you , Casey Edward ,  beloved son

2 thoughts on “The Artist Immortal”